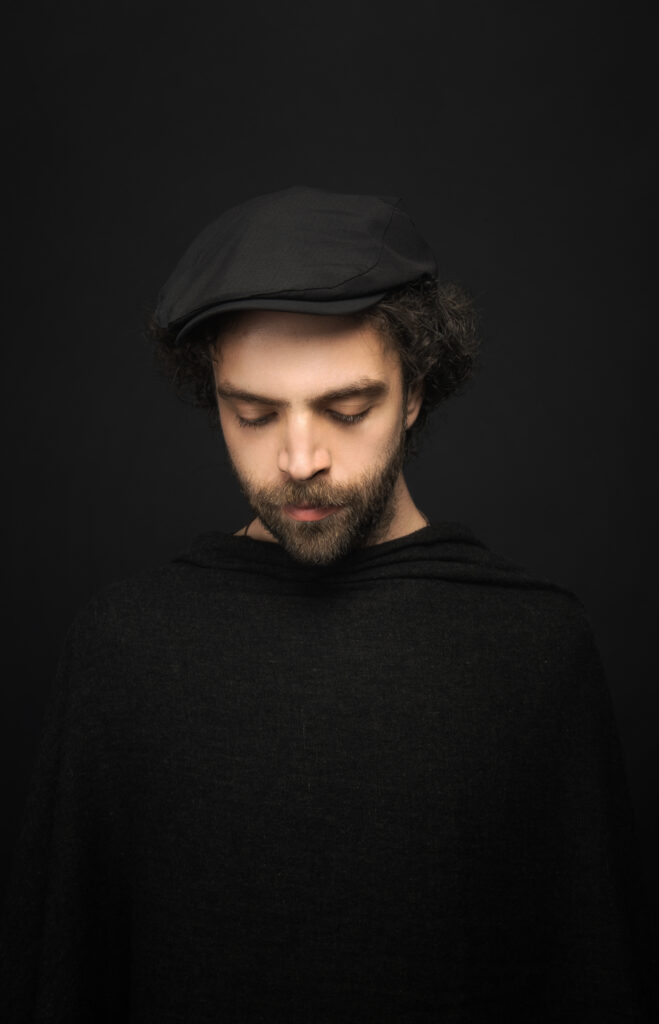 Andrea Laudante (Napoli,1993) is an Italian composer and multi-instrumentalist, active in the field of electroacoustic music. His aesthetic is influenced by the study and practice of oriental spiritual tradition, Patanjali’s yoga and vipassana meditation above all. He is graduate in composition with a thesis on the influence of Yoga in the music of Giacinto Scelsi and he studied electroacoustic/ acousmatic music in Naples conservatory with Elio Martusciello. He is co-author of the experimental short movie “Battlefield”, realized with the director Silvia Biagioni during an art residency in Rome at AAMOD, audiovisual archive of working class movement. Since 2017 he is part of OEOAS, an electroacoustic improviser orchestra, that worked over the years with artists like Alvin Curran, Mike Cooper, Jean Marc Montera and others. He is currently working on his project “Perceptions of Prakṛti”, an extended cycle of composition focused on the relationship between two fundamental features present in nature,  in both micro- and macrocosm: repetition and randomness. He has been awarded the first prize of INA GRM Découvertes 2021. His works have been performed in festivals as AKOUSMA (Paris), CIM XXIII (Ancona), IN-SONORA (Madrid), MARTINI ELETTRICO (Bologna), Ji.hlava IDFF (Cezch Republic), Istanbul International Experimental Film Festival, This Human World (Wien) and broadcasted on Rai Radio 3, Radio France, Radio WDR3.